If you have lots of goals, how do you space them out?

I get it, I’m supposed to set goals for various timeframes. Some for this year, some for next year, some for ten years from now. But what about for impatient / goal-greedy people? I see those 3-year goals, and I want them all at once, along with my goals for this year. It’s sort of like a buffet, where I try to stuff as much on my plate as possible, so that there’s no space on the plate. It’s towering, and when I walk by other people, they just sort of stare at my plate in horror!

I feel like my goals are similar. I have lots and I understand they should be spaced out, but I can’t resist wanting them all, now! 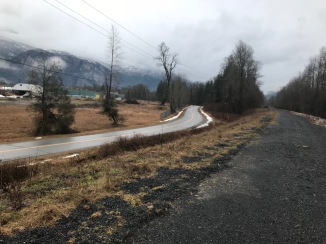 Some of my goals this year are running-related, things like seeing if I can better my best time at Chuckanut 50k this March, running the West Coast Trail solo in late June, and having a great run at UTMB’s TDS in August. In coming years, I also really want to further my skiing skills, and get into ski mountaineering. The trouble is, I’m super impatient, and I really desperately want everything at once. It means I’m never fully focused on one thing, I’m always thinking about how I can fit the other things in, too. And when you factor in the variability of planning for skiing, having to time the weather, avalanche safety, and the snow conditions, it just doesn’t work that well with also trying to improve in running. Doing multiple things at once is totally fine, but often the best people are the ones who really focus their efforts and energies, day after day. (One gal I really admire who exemplifies this is Krissy Moehl! 18 years of dedication and she wins every damn race there is!)

Lots of goals, I want them all now! Like skiing up to Sproatt in Whistler backcountry.

The only reason I even noticed my tendency to get impatient & greedy with my goals is thanks to my running coach, David. Occasionally I would go out and ski instead of running what I had in my schedule. It was oblivious to me that this might be less than ideal, until I learned from him, that this might be a bad idea the week before a running race. Before having a coach for trail running, I would just go out and do whatever I felt like, so at first it felt weird that there could be an ideal timing to consider, and to plan adventures neatly around the timing. Honestly, I wasn’t sure if I could conform to a timing or restrict my adventures in any way. But how can you expect to improve, if you just keep doing the same thing, never fully committing?

After thinking more about it, I realized that I have a commitment phobia. By doing lots of goals at once I allow myself to dabble, and I stay away from having to fully commit to any one goal. When the time comes to put myself to the test, I never have to know that I gave everything, because I didn’t. I was out frolicking, and I never did fully apply myself to the single purpose, so I can avoid the same level of expectation as though I had. Instead of doing X really well, I did X and Y and Z to a pretty good level. And it’s comfortable, by goal-dabbling, I stay exactly the same each year, maintaining my comfy spot while minimizing chance of failure, by doing other things too. (Case in point, I ran Deception Pass 50k in 2017 & 2013, both times were only 5 minutes off!) 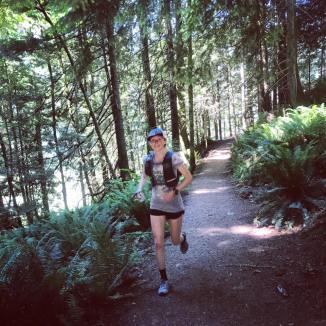 Photo by Ashley Agellon – on Bowen Island in 2017

I hear that some people stagger their goals, and they actually space them out, taking one goal at a time and giving it their all. Going for one goal with everything is a big risk, it’s more clear when you fail, the ego can be crushed, and so it takes courage to commit.

To push past the comfy mediocrity I know and love, I’m going to finally give it a try, dedicate myself fully to one goal without those side goals, and see what happens. For me this year, it means I’ll give the running goals my attention, actually following my training plan and trusting the process. Then next year, I’ll give skiing its own time and space in my goals.

The monthly winter sun came out in North Vancouver, BC!